Although quite some time has passed since our last update the SatNOGS team and the community was busy working on it’s software and hardware components allowing modular setups.

A large amount of focus has being the SatNOGS client software. Allowing the user to not only use RTL-SDR based dongles but a far greater variety of SDR solutions using GnuRadio. In conjunction with that SatNOGS client is able to use Amateur Radios that are supported by hamlib (we’ve already tested on Yaesu and Kenwood radios). Such functionality paired with our new ground station hardware design, and further tests on after market designs such us Yaesu Az/El rotator would allow the SatNOGS network to not only receive but transmit data via the network to satellites.

Since a few months now Libre Space Foundation, the organization that assists the development, and operation of the SatNOGS networks is has being working together with the University of Patras on developing and manufacturing the first satellite with most of it’s components based open hardware and using free software, UPSat.

An open hardware and software satellite especially one build by Libre Space Foundation would be a great chance for the SatNOGS network to implement command and control features on it’s SatNOGS client, allowing a fully open Low Earth Orbiting satellite communication stack from earth to orbit and back. 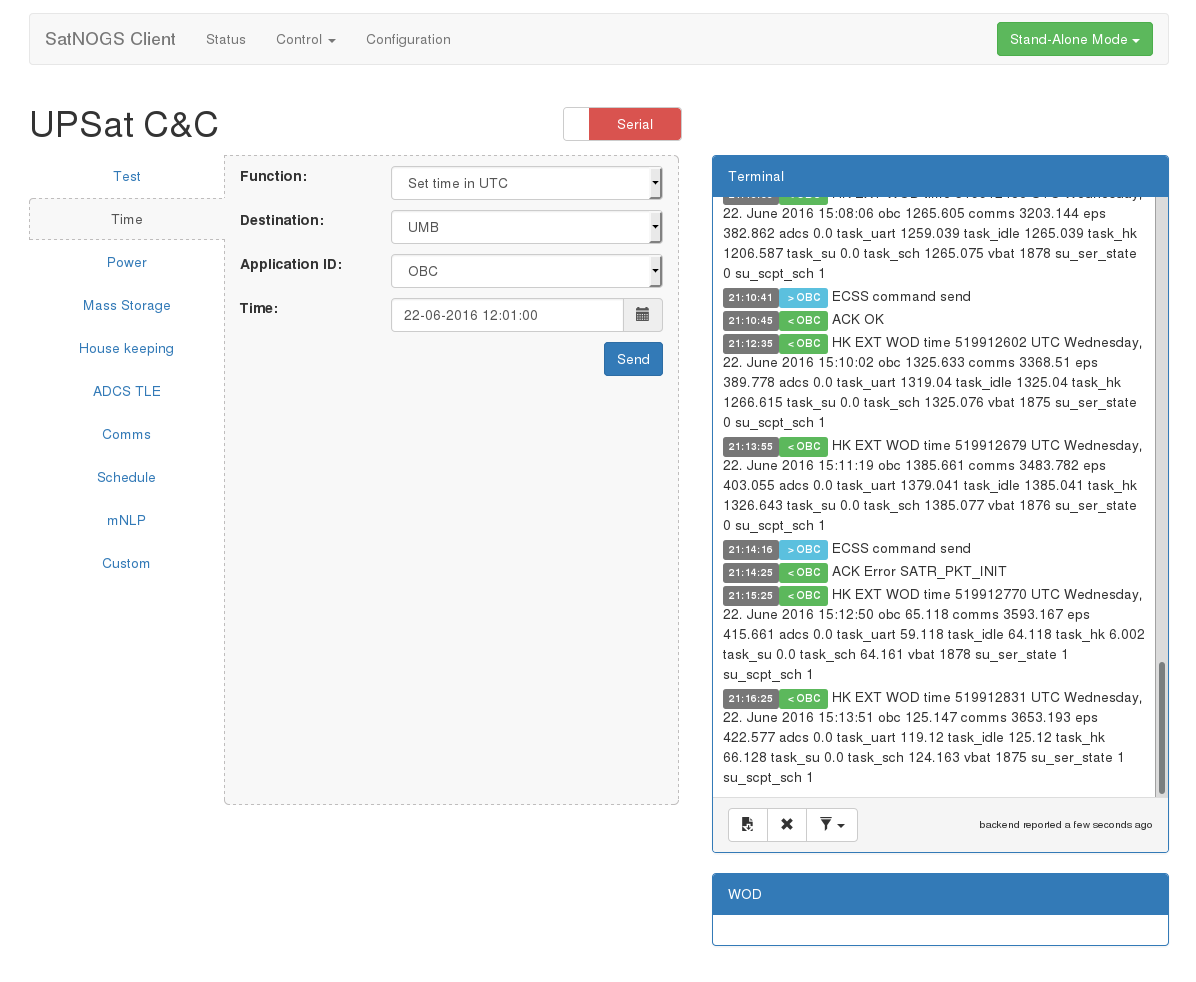 Communications with the satellite are implemented through ECSS Standard Commands as described in ECSS-E-70-41A standard (CCSDS). You can checkout the code of the client on GitHub and the ecss services implemented on the satellite here. There has been a lot of effort to make sure that we implement all needed functionality on the SatNOGS client, while in parallel maintaining modularity and extensibility for future satellites and other protocols.

Do you have a satellite in the works and want to use SatNOGS client as command and control? Let us know and we will be happy to work with you expanding our client!

Since the conception of the SatNOGS one of our design mantras was modularity, not only we believe that the SatNOGS stack should […]

A Busy Few Weeks for New Satellites, Observations and Dashboards! Between Rocketlab’s “make it rain”, Space X’s Falcon Heavy and the Soyuz […]